People from as far off as California and Montreal gathered at the North Gullies of the Stawamus Chief this weekend to walk the highlines.  The impetus behind the gathering is a group called Slacklife BC.

Organizers Brent Plumley and Spencer Seabrooke are calling this event the second annual assault on the chief.

Last year, they set up three lines atop The Chief and had six people walking on them.  This year there are five lines and over 50 people out on them.

“It’s awesome growing the community.  That’s what it’s al about.  We want to show people in BC that this is just in your backyard,” says Plumley.

Robyn Jenkins has been slacklining for a year now.  She’s walked these highlines and on a previous occasion swung on a giant swing set up in the gully.  “It’s cool because it brings people from all over the place together with a similar interest.  It’s not just highlining. It includes a big hike up to the top, then rigging, highlining, de-rigging and going back down again,” says Jenkins. ” It’s the whole experience”. 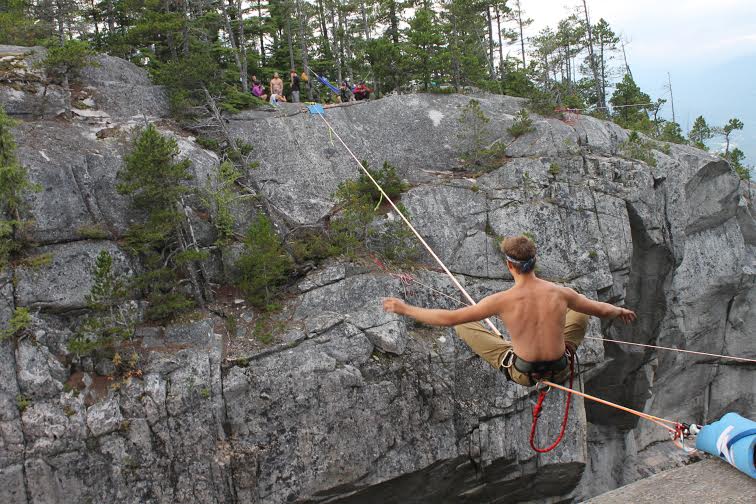 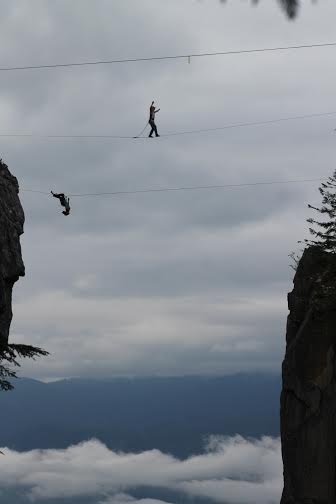 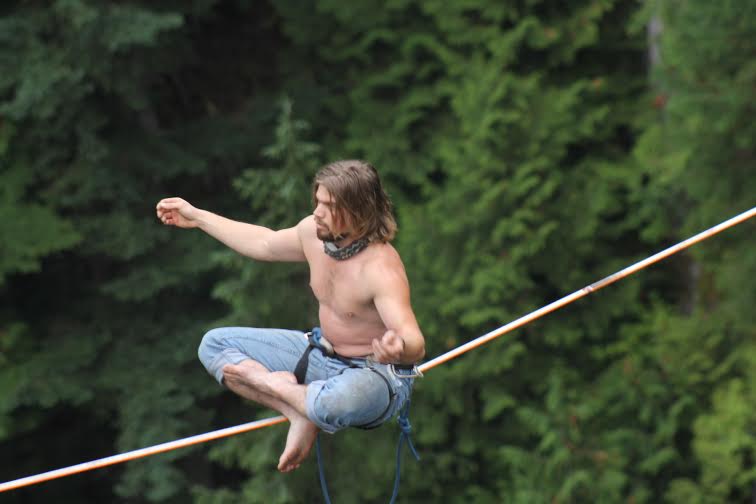 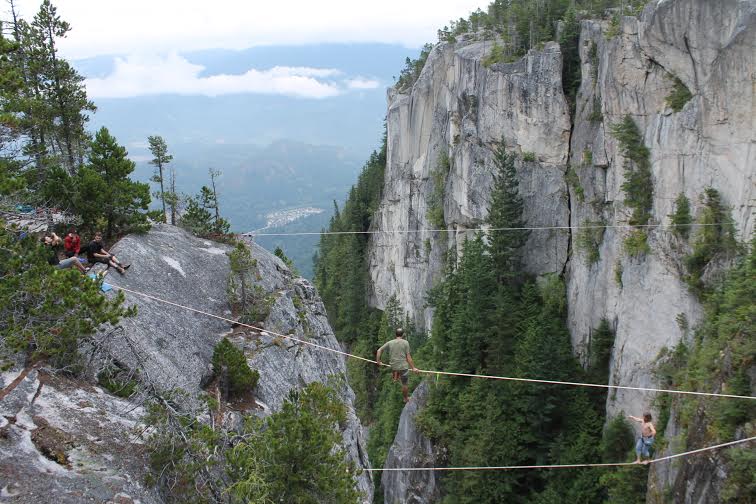 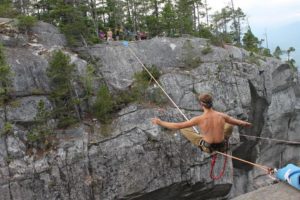 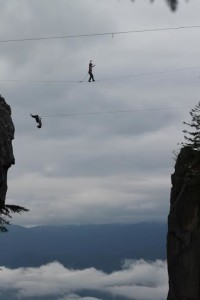 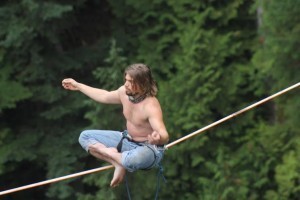 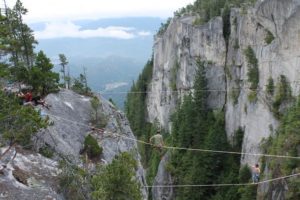 Drew Copeland is a writer based in Squamish. Contact him at copelandwords@gmail.com.