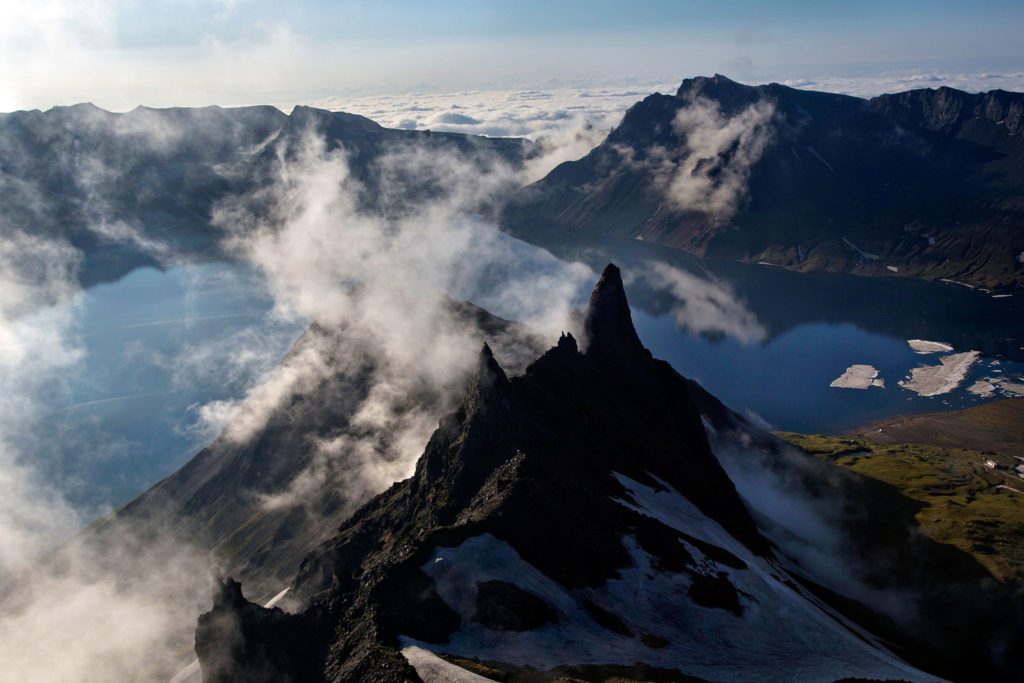 In this Wednesday, June 18, 2014 photo, clouds float over the peak of Mt. Paektu in North Korea’s Ryanggang province. More than a thousand years ago, a huge volcano straddling the border between North Korea and China was the site of one of the biggest eruptions in human history, blanketing eastern Asia in its ash. But unlike other major volcanos around the world, the remote and politically sensitive Mount Paektu remains almost a complete mystery to foreign scientists who have – until recently – been unable to conduct on-site studies. (AP Photo/David Guttenfelder) 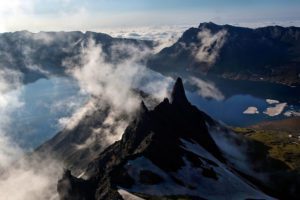