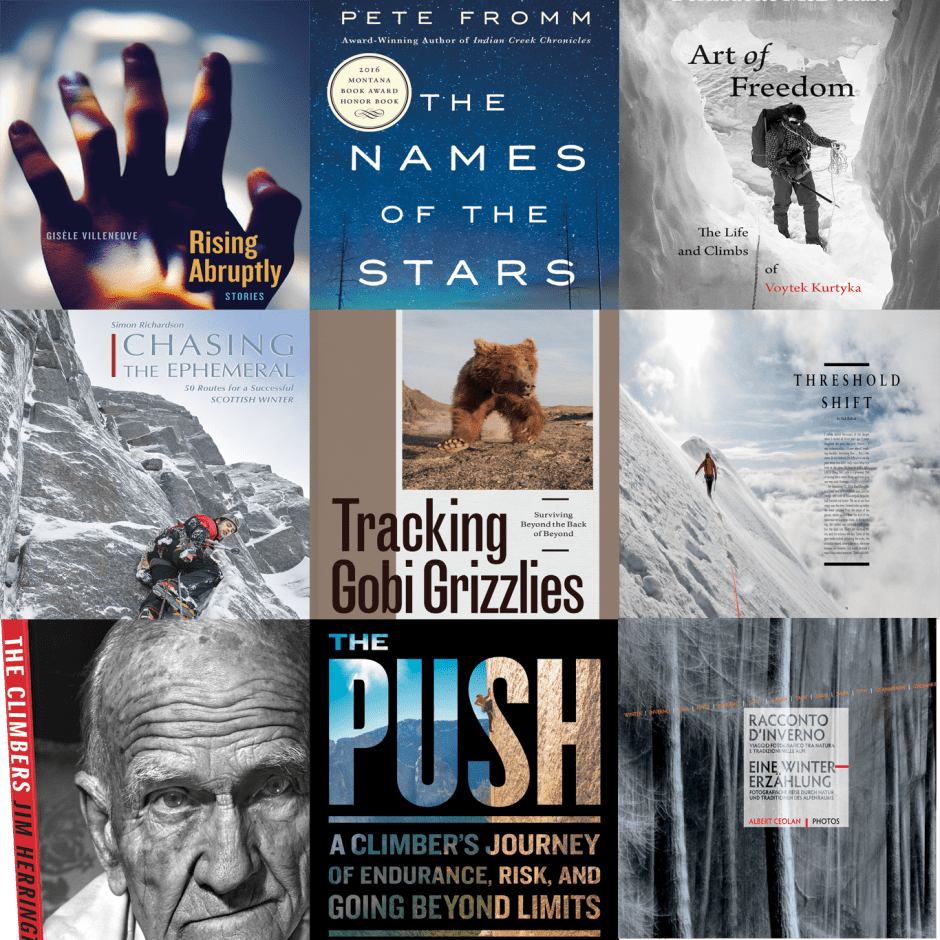 As a key program of The Banff Centre Mountain Film and Book Festival, the Book Competition is an internationally recognized literary competition that celebrates mountain literature in all its forms.

Over $16,000 in cash is awarded annually with eight awards selected by an international jury of writers, adventurers and editors.

The shortlist of category award winners eligible for the Grand Prize is announced in October every year.

In 2018, the Grand Prize will be announced on Thurs. Nov. 1 at The Banff Mountain Film and Book Festival and category awards will be presented to winning authors.

If you have a book submission, send to banffmountainbooks@banffcentre.ca.

Gripped’s editor Brandon Pullan won the Jury Award in 2016 and Gripped’s editorial director David Smart will be at this year’s festival readying from his new novel Cinema Vertigo.