The second IFSC World Cup of 2016 will be taking place in Kazo, Japan, on April 23 and 24. With the close of a spectacular first round in Meiringen, Switzerland, the world’s best boulderers now set their sights on Japan’s main island of Honshu where they will face-off at the second Bouldering World Cup of seven to be held this season.This year, the Kazo Civic Gymnasium will bring in a new set of bouldering athletes hungry for success. 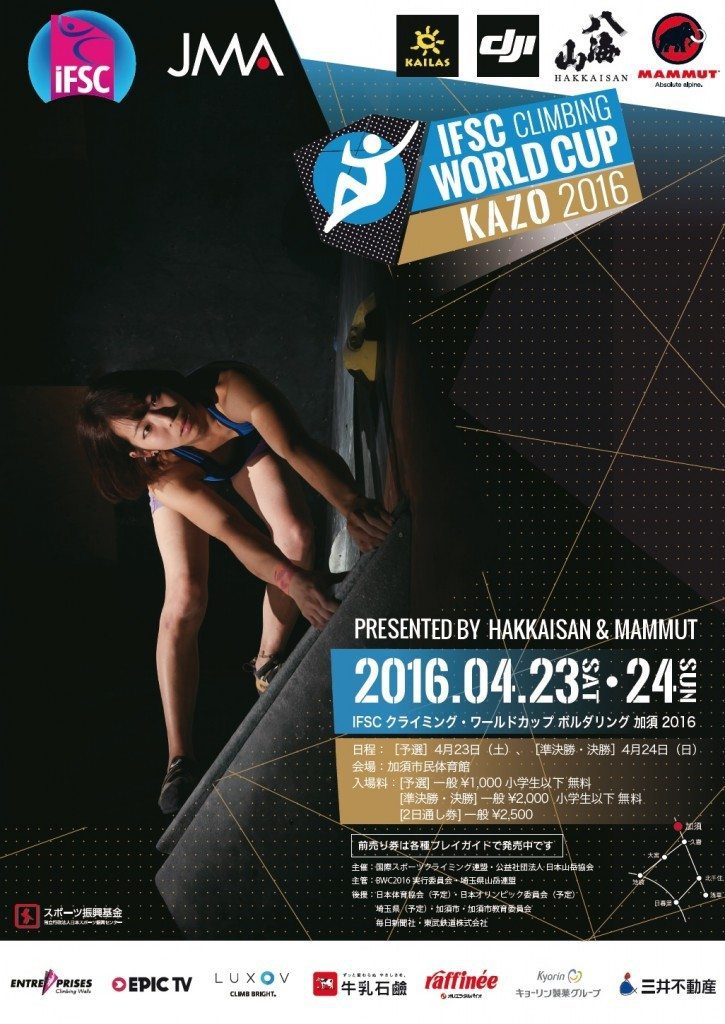 Last weekend, Shauna Coxsey of Great Britain started the season like she finished the last by topping the most problems for Gold. Melissa Le Neve of France also made the podium, of which seasoned competitor Akiyo Noguchi fell just shy. The four-time Overall Bouldering World Cup champion will vie for another medal in Kazo, along with Japan teammate Miho Nonaka who finished 14th in Meiringen.

For the men, Alexey Rubtsov of Russia snuck by last weekend with one more bonus hold than Martin Stranik of the Czech Republic. 2015 Asian Continental Championship winner Tsukuru Hori will attempt to unseat them on his home turf this weekend, as well as Meiringen third-place finisher Jorg Verhoeven of the Netherlands. Also keep an eye on Kokoro Fujii and Rei Sugimoto of Japan who finished among the top ten last year.

Tune in to watch the Semis and Finals below.