It’s not often I use a product from one company for so long. I’ve been an enjoyer of CiloGear packs now since 2010. I’ve used the packs in Alaska, Nepal, The Bugaboos, around the Canadian Rockies and many other destinations. Graham, the owner of CiloGear recently sent me several new packs to try out before our upcoming trip to Nepal.

I have practically every model of the their line-up ranging from 20L to 75L. I’ve used them for ice, rock, photography and even carrying Trango, our dog when the terrain gets a bit too technical or if he tears a paw on a long hike. Usually my pack is overloaded with a rack that’s too big and a bunch of camera gear on top of that. 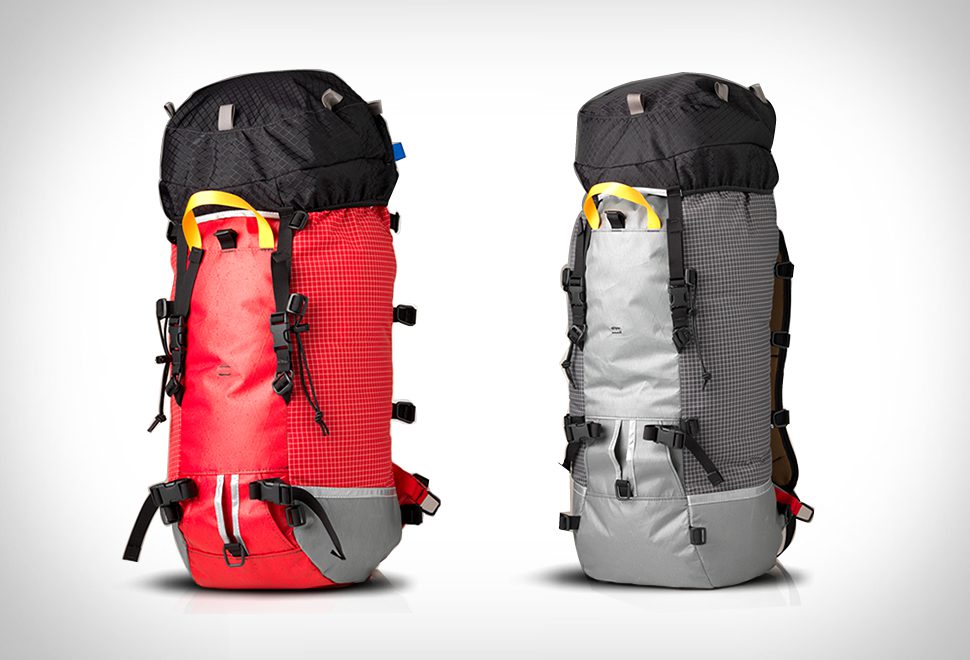 Since 2012 I’ve been using the 30L pack almost exclusively for day missions but I found it could get a bit uncomfortable with heavy loads because of the shoulder straps. I also found that it is just a little too small to have all my technical gear and camera gear inside.

Both concerns have been addressed in the newest iterations of the 30L and 30:30 size packs. The 30L has thicker foam in the shoulder straps making it more comfortable and the updated 30:30 has an improved dual density foam for heavier loads and more space that makes stuffing my pack with climbing and photography gear more reasonable.

I’ve never had an issue with the pack material in the past and I don’t suspect I’ll have one in the future, the packs have been upgraded to a new material, spectra black quad ripstop which is stronger and lighter than previous versions.

After an amazing sunset the night before we woke up to crystal clear skies, the Milky Way hanging over Robson and a faint aurora. We started off in the dark but as first light approached I harassed the guys to take some shots. @danesteadman is walking along the ridge between the Robson-Resplendent Col and the glacier you cross to approach the Kain Face.

I’ve had the opportunity to beat up the new packs that included cragging in Squamish, climbing 10 pitch rock routes, scampering up Mt Robson, Mt Hector and hauling the pack for several hundred meters while shooting photos on the Gar Wall in the Bugaboos and the Diamond Face on Mt Louis. Surprisingly, the pack still looks brand new with zero abrasion wear.

In an era where people like to make choices that are environmentally friendly it is admirable to see a small niche brand like CiloGear ensuring that all their new packs are made from bluesign approved materials.

This means that the packs were created with the highest environmental standards for textiles reducing their impact and also looking out for the health and safety of workers making the product, a conscious decision by CiloGear to go above and beyond the expectations of just making a great pack.