American climber Hayden Kennedy and his partner Inge Perkins were caught in an avalanche this week. Perkins did not survive the avalanche and Kennedy did. But the following day, Kennedy, 27, took his own life.

The two were skiing on Imp Peak in the Southern Madison Range of Montana on Sat., Oct. 7. They were ascending when an early season avalanche let loose.

Kennedy, originally from Carbondale, Colorado, was a leading alpinist. Considered by many to be one of the best, most genuine and humble climbers of our day. He was not one for social media and had no Instagram or Facebook page, a rarity for top climbers in 2017. 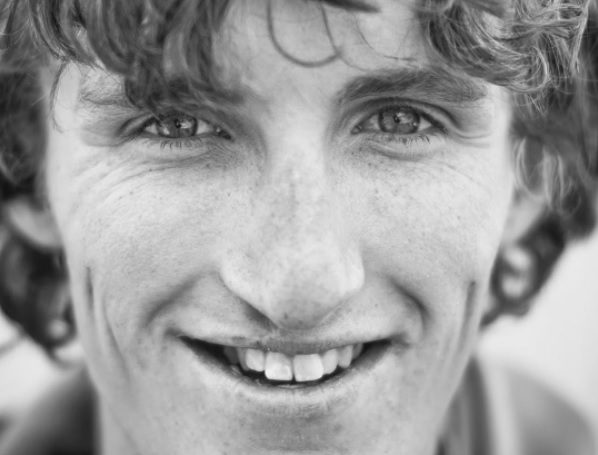 Many will remember the time he chopped the bolts on the Compressor Route on Cerro Torre with Canadian Jason Kruk after the first fair means ascent of the Southeast Ridge. He mentions that experience in his must-read story on Evening Sends, which you can see here.

He had countless noteworthy ascents, including a new route up the south face of the Ogre in Pakistan with Josh Wharton and Kyle Dempster, a new route on K7 with Dempster and Urban Novak, a bold new route on Cerro Kishtwar called Light Before Wisdom with Novak, Mark Prezelj and Manu Pellessier, and had pushed technical climbs on mixed terrain and sport up to 5.14+.

Kennedy’s father, Michael confirmed the deaths in a Facebook post, noting “Hayden survived the avalanche but not the unbearable loss of his partner in life. He chose to end his life. Myself and his mother Julie sorrowfully respect his decision.”

In 2013, Dempster and Kennedy were awarded the Piolet d’Or for their new route on the Ogre.

Kennedy was a longtime contributor to Alpinist magazine and wrote in issue 54: “Gradually, I forgot the summits that I’d reached and I remembered the friendships that I’d made. I recalled the jolt of energy after a hard lead, the exhilaration of navigating seas of untraveled granite, of finding the rhythm with your partner in which each person plays to the other’s strengths.

“I remembered dropping stoves and gear and still climbing with a smile; smoking joints and singing CCR lyrics into the cold nights of open bivies; taking sponge baths in a sun-drenched meadow; eating kilos of ice cream after adventures that exhausted us so much we could no longer see straight; experiencing the comfort of a clean cotton shirt after two months on a glacier; and most of all, the shared laughter.”

In the Evening Sends article that Kennedy recently wrote, he said, “Over the last few years, however, as I’ve watched too many friends go to the mountains only to never return, I’ve realized something painful. It’s not just the memorable summits and crux moves that are fleeting. Friends and climbing partners are fleeting, too. This is the painful reality of our sport, and I’m unsure what to make of it. Climbing is either a beautiful gift or a curse.”

The avalanche that killed Perkins was reported online by Friends of GNF Avy Center, which noted, “The avalanche was 1-2’ deep at the crown, approximately 150’ wide, and 300’ long. The slope where the avalanche released was 38-45° steep with a north-northeast aspect.

“This area received one foot of snow since October 1st, which was on top of 3-4 feet of dense snow that fell since September 15th. The avalanche was a hard slab of wind-drifted snow that collapsed on a layer of soft old snow underneath, and slid on the old snow from late September.”

With an unbelievably heavy heart, we are sad to report there was avalanche fatality on Imp Peak in the southern Madison Range on Saturday. Two skiers were approaching the north couloir when they triggered the avalanche. Both were caught, one fully buried and one partial. The fully buried skier was recovered from the scene by Gallatin County Search and Rescue yesterday. Alex and Doug went into the site yesterday and will be posting more details in the coming days. #gnfacobs

The climbing company Black Diamond sponsored Kennedy and issued a statement about his passing, “On Saturday Inge was killed in an avalanche. Unable to bear the loss of his partner in life, the following day, Sunday, October 8, Hayden Kennedy took his own life.”

In 2012, Kennedy’s father Michael wrote the following in an Alpinist article titled To My Son, “How can I express all the thoughts and emotions that swirl in my head, Hayden, when you are halfway around the world on a big route?

“I remember my own days up high, the feeling of lightness as the earth drops away, the moments of pure grace when nothing matters except the next move—setting a foot just so, feeling the solid thunk of an axe, the calmness of my heart and mind. Everything I needed was right before me.”

Rest in peace Hayden and Inge, the climbing community will miss you.

In Memory of Hayden Kennedy ⠀ ⠀ It is with heavy hearts that we say goodbye to our friend, Ambassador and true brother of the BD tribe, Hayden Kennedy. ⠀ ⠀ To say Hayden was a talented climber would be an understatement. To say he was one of the world’s best climbers is closer to the truth, yet even those words fall flat and fail miserably at truly describing what Hayden—or HK as we called him—really represented in our sport. He was, with all intents and purposes, a climber who transcended barriers. From high-end 5.14 sport routes at his home crag in Rifle, Colorado, to 5.14 trad lines in the Creek, to the first fair means ascent of Cerro Torre’s Southeast Ridge in Patagonia with Jason Kruk, or his first ascent with Kyle Dempster and Josh Warton on the south face of the Ogre in Pakistan. ⠀ ⠀ Yet, even that run-on list of incredible achievements hardly captures the whole picture. In truth, trying to share the full breadth of HK’s transcendental abilities in the vertical world, which he effortlessly cultivated in a mere 27 years, is impossible. ⠀ ⠀ But to be clear, he was by no means an elitist. In fact, as if born from a different generation, HK was a staunch believer in walking the walk, not talking the talk. You couldn’t find him on social media, and until a few years ago he clung to his malfunctioning, archaic flip phone as if it was a crucial piece to his rack. In short, HK climbed to climb, not to spray. And it was the moments in the mountains that mattered most to him, not “instatweetingmyfacegram” as he would often joke with his friends. ⠀ ⠀ HK’s depth went well beyond climbing, however. In high school he played the sax, and recently he applied that musical theory to the guitar while recovering from a torn ACL in his hometown of Carbondale, Colorado. He diligently practiced during the length of that winter’s recovery, and soon had a repertoire of songs that hinted at his eclectic tastes in music. From old school country to classic rock, to German electronica, he absorbed it all with the same ease that he applied to his climbing. Alpine, sport, trad; country, metal, folk. To HK, it was all good. ⠀ ⠀ …Continued in comments…