Tom Ballard and Daniele Nardi have been missing on the Diamir side of Nanga Parbat since Sunday. According to Desnivel, a rescue helicopter has spotted avalanche debris at camp three. Their last report to base camp was from 6,300 metres, just above camp three, and there’s been no contact since then. The helicopter did two flights, with no sign of the climbers on the fist flight, it refueld in Skardu and returned for another look and spotted the debris.

Other climbers in the area, including a team on K2, have offered their services and are on standby. A similar accident occurred last winter when Polish climber Tomasz Mackiewicz died during a similar attempt. Elisabeth Revol, his partner, survived thanks to climbers who abandoned their K2 expedition.

The first ever attempt on Nanga Parbat results in the death of the famous Alfred Mummery in 1895, see here for more. Ballard is the son of famous British alpinist Alison Hargreaves, who died on K2 in 1995.

There’s no news in terms of the search and rescue, but updates on Nardi’s Facebook page indicate the weather is too bad to fly. Visit below and hit the translate option for English.

The helicopter spotted a tent in avalanche debris in the following search area. 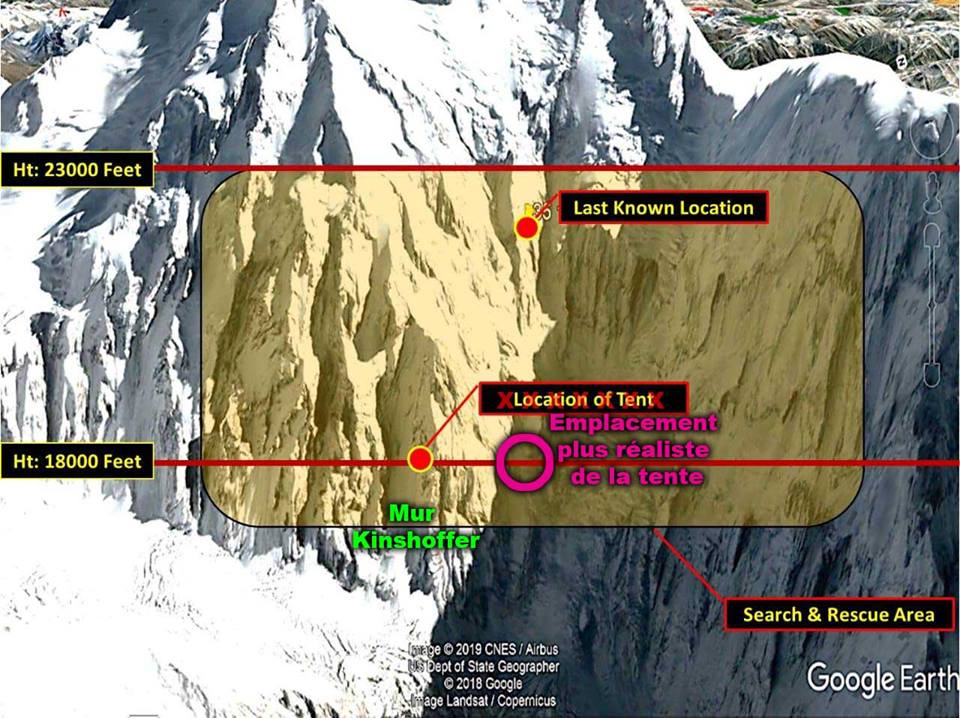