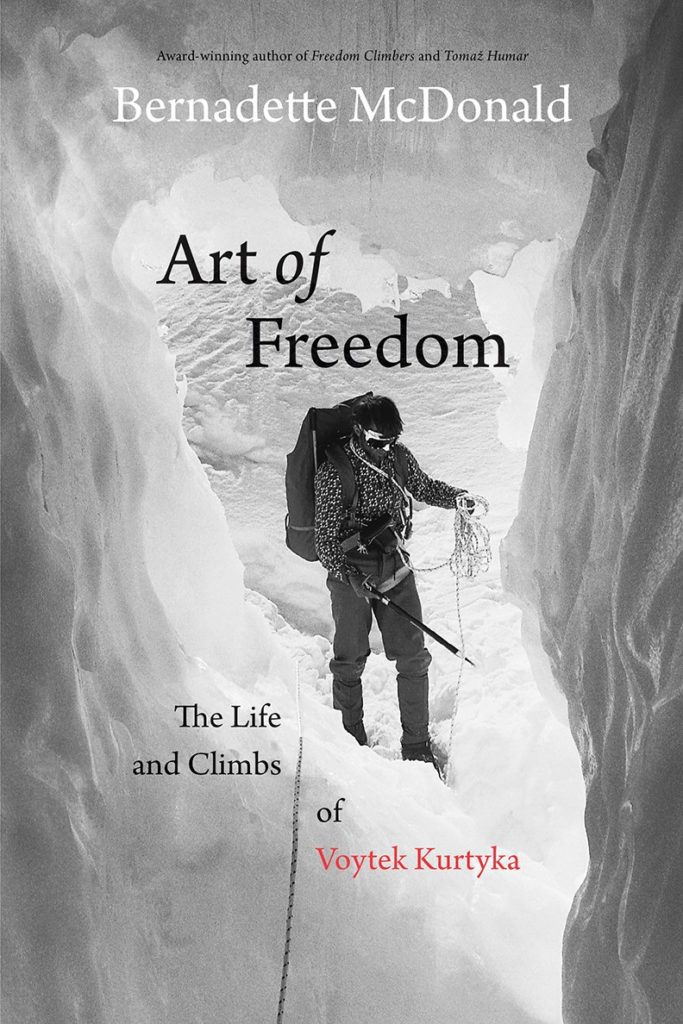 Art of Freedom: The Life and Climbs of Voytek Kurtyka is a profound and moving biography of one of the international climbing world’s most respected, complicated and reclusive mountaineers.

Voytek Kurtyka remains one of the greatest alpinists of all time. Born in 1947, he was one of the leading lights of the Polish golden age of Himalayan climbing.

His visionary approach to climbing resulted in many renowned ascents, including the alpine-style ascent of the West Face of Gasherbrum IV. Dubbed the “climb of the century,” his route on G IV, as of 2016, has yet to be repeated.

After repeated requests to accept the Piolet d’Or lifetime achievement award (the Academy Award of the climbing world), Kurtyka finally accepted the honour in the spring of 2016.

A fiercely private individual, he continues to decline countless invitations for interviews, lectures and festival appearances, but has agreed to co-operate with internationally renowned and award winning Canadian author Bernadette McDonald on this long-awaited biography.

Bernadette McDonald is the author of 10 books on mountaineering and mountain culture, including Alpine Warriors (RMB 2015), Freedom Climbers (RMB 2011) and Art of Freedom (RMB 2017).