Two Swiss climbers landed a small plane less than 400 metres from the summit of Mont Blanc with intentions on climbing the peak before being intercepted by police. They landed at 4,450 metres in a non-landing zone on the famous peak.

The Chamonix mayor, Eric Fournier, said “It constitutes an intolerable attack on the high mountain environment and on all existing protective measures,” and said it was “unprecedented.”

Police saw the plane on the east face, Lieutenant Colonel Stephane Bozon, who heads the gendarmerie’s mountain rescue service in Chamonix, told the media. The climbers were allowed to take off. Bozon said they were reflecting on what offence had been committed.

Climbers heading up Mont Blanc without having booked a room booked in one of the huts could face two years in prison and a $350,000 fine.

Officials said “huge visitor numbers” on the peak had led to concerns over “sanitary risks” like water availability and waste disposal problems, and safety. The ban came into effect on June 1 and will remain in place throughout the busy summer according to a decree signed by France’s Haute-Savoie prefecture.

Mont Blanc is the highest mountain in the Alps and the highest in Europe west of the Caucasus peaks of Russia and Georgia at 4,808 metres. There are a number of moderate routes to the summit, but there are also a number of serious alpine lines like the Gervasuti Pillar on Mont Blanc du Tacul. 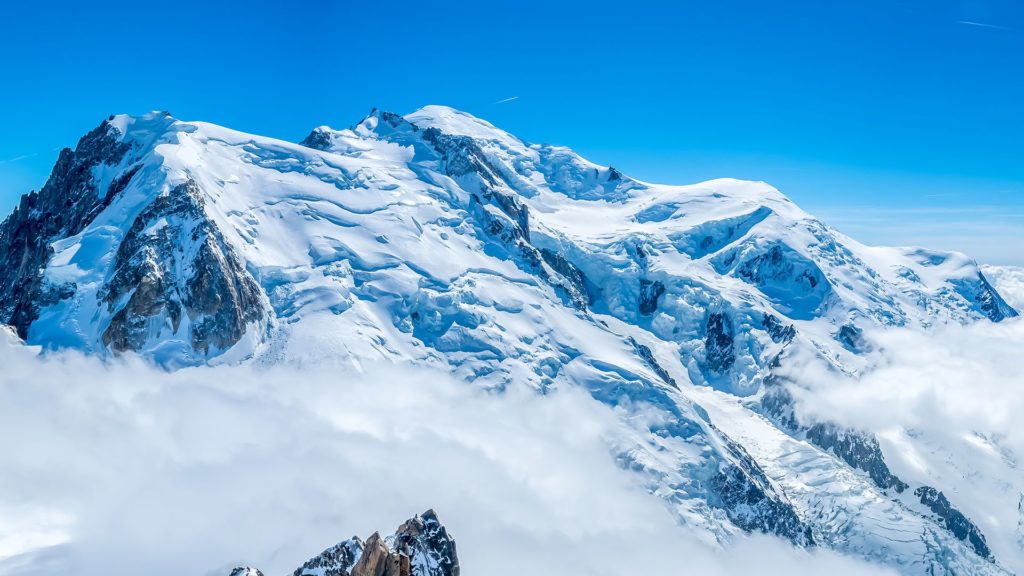