“As a parent of climbing children, my worst fear isn’t pedophiles, ..it’s fixed quickdraws.” So writes prosecutor and father of 12-year-old Harry Edwards, who, in April, climbed Southern Smoke 5.14c in Red River Gorge Kentucky. His family blog is entitled “Gunning for 5.15 in a Supportive Family Context.”

Edwards’ is only one of many recent hard sport ascents by young men. Also recently we have heard of Jon Horst, son of training guru Eric, sending 5.14; Eric senior believes he is the youngest person to have climbed this grade. His brother Eric, has also sent several 5.14s. 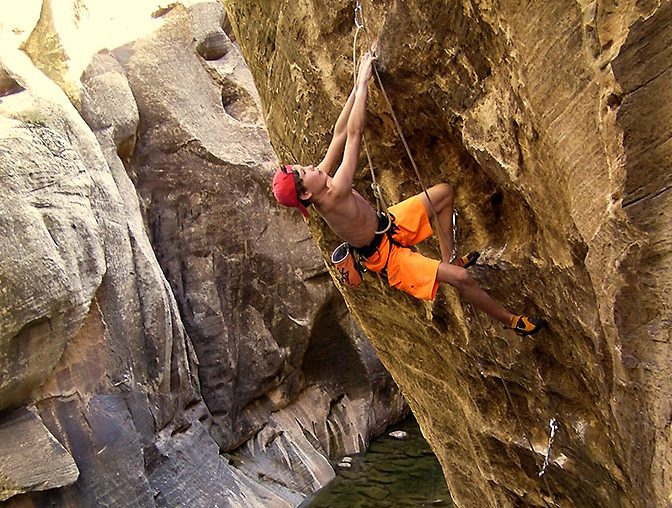 While there is something odd about a 10-year-old with the handle “j-beast,” in some ways sport climbing is discovering what gymnastics did a long time ago: that favourable strength to weight ratios married with teenage fanaticism can be channeled into awesome sport successes.

Is there genuine déjà vu for young sport climbing women who also excelled at the Red in the 1990s, some of whom later dropped out of the sport and confessed that they climbed hard under family pressure? Of course, but these cases are the exception rather than the norm.

The Edwards family blog presents a family who are having fun pursuing a passion that seems genuinely shared and climbing not for the attention it could bring, but to develop their kids’ talents, spend time together and have a blast.

Not to say pressuring kids can’t breed sporting success. Andre Agassi , after all, was forced to play tennis by his father.