The winning team completed the climb in 51 minutes and 27 seconds. Ginés López, 20, had this to say after the comp: “Today was much harder than the qualifying, the heat was very challenging, and with Domen and Jernej being faster than us we expected to end up second. Luka and I were saying to each other mid-wall, we cannot go faster than we can and if we end up second, that is a great result too. But in the end, Jernej fell, and we took this chance to come back.” 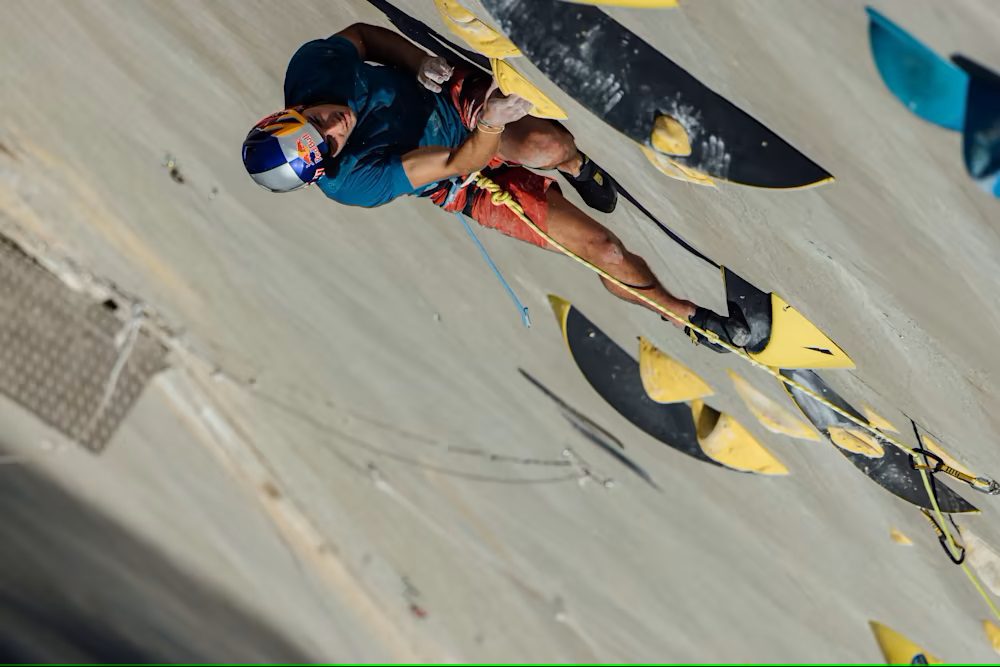 Climbers paired up into eight teams that went head-to-head on two identical parallel routes made up of six pitches each up to 5.13. Teams needed a clean redpoint send of every pitch on lead and following. The climbers were allowed an unlimited number of falls, and there were plenty.

The climbers were not all experienced multi-pitch climbers, and some had to work on their tall route skills. Stefano Ghisolfi, who finished in third place with Marcello Bombardi, said after, “It was a unique experience, my first multi-pitch – and of course, unique in its own way. The rope management was hard – I’m used to managing the rope on the ground. But we are third place, and we couldn’t imagine a better result!”

In fourth place was the hometown favourite Petra Klingler and France’s Louna Ladevant. “Being the only female in the finals is something special, but in the end we are all athletes, all climbers, and that is what counts,” said Klingler. “We have pushed each other and pushed the sport to a new limit. I think I can say for all of us that we had so much fun doing this and being here.”