It seems that the team of Louis Rousseau (Canada), Gerfried Göschl (Austria), Alex Txikon (Basque) will have one more chance to summit Gasherbrum I. The trio had to abandon their original goal of climbing a new route at 6600 m when they encountered dangerous climbing conditions on the final 200 m ice wall. Rousseau said the ice “was like iron” and “it was impossible to put an ice screw.”

Returning to base camp, the team realized that good weather was moving in and they quickly modified their plans. The team will now attempt to climb the Japanese couloir to the Habeler-Messner bivouac at 7000m. If conditions hold, they anticipate reaching the summit of Gasherbrum I on Tuesday. More details as they become available. 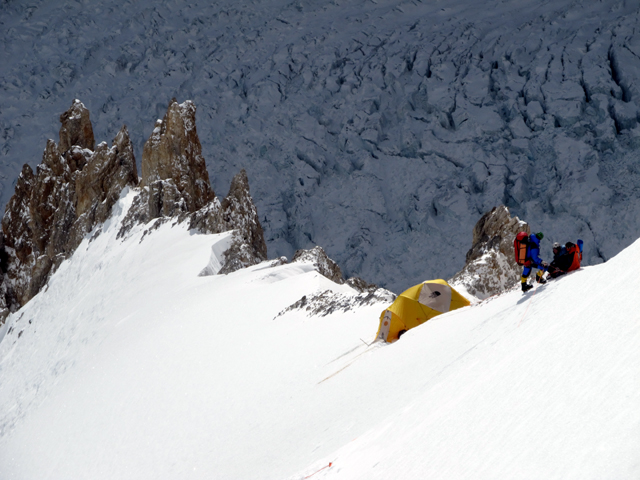 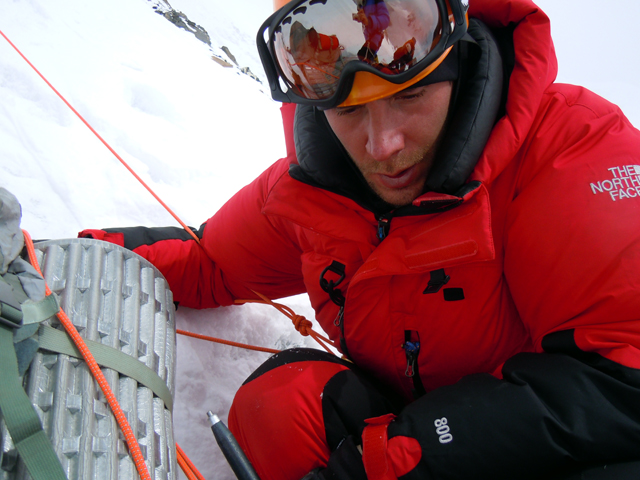 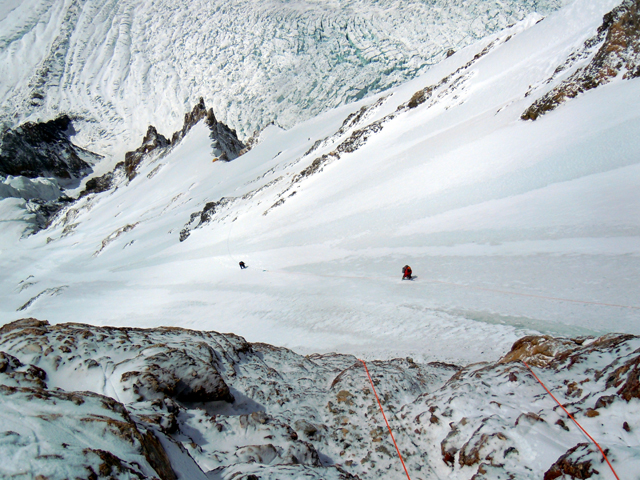 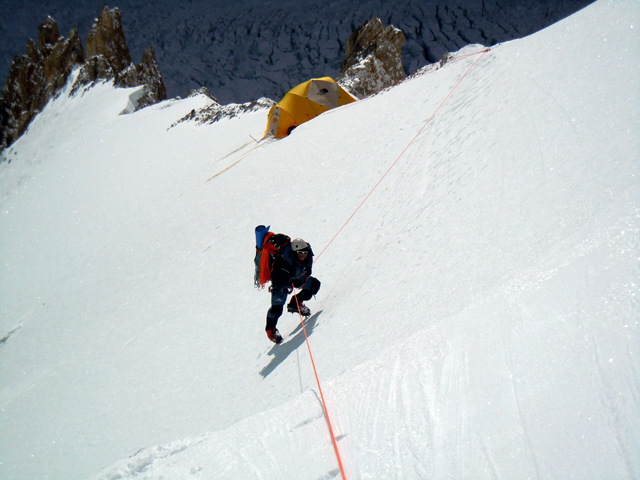