Rendezvous Mountain in Jackson Hole is where many skiers spend their weekends and its north face offered up two new ice routes this winter.

Rendezvous is composed of solid dolomite limestone, similar to Castle Mountain in the Canadian Rockies. 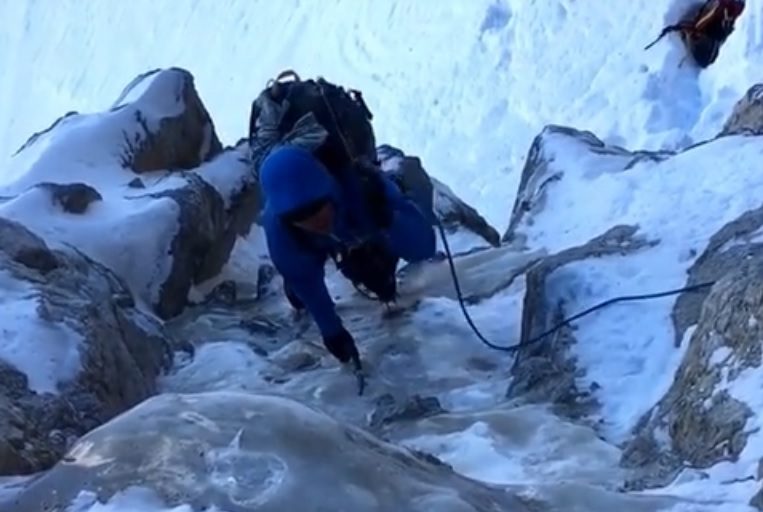 The routes were approached on skis from the top of the tram, as you can see in the video below. There are anchors to rappel.