Quebec has a lot of winter climbing to explore, from single-pitch mixed test-pieces to huge monster ice in remote valleys way up north. Carl Darveau has reported that last week he and Jeff Girard made the first ascent of a new 80-metre mixed climb called Olympique Métal at M10 WI5+. Two days later, D’Zaô Plamondon made the second free ascent. 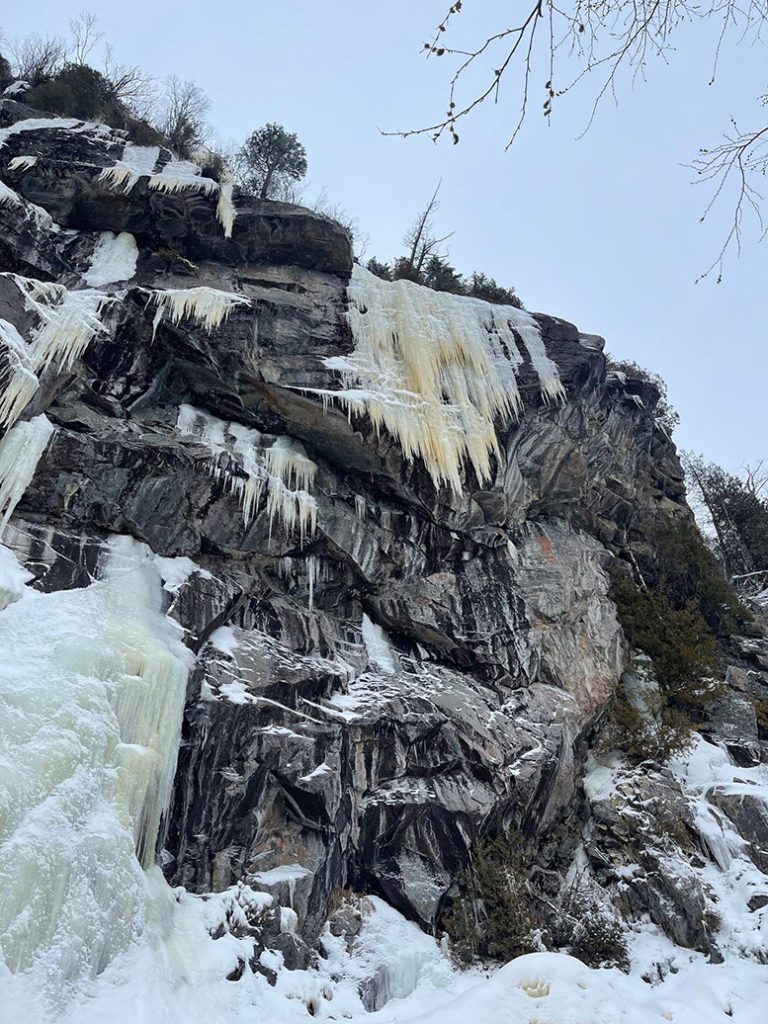 Darveau said, “Being a native of the Portneuf region, I’d always appreciated the quality of climbing that we have. About 20 years ago, I spotted an ice formation in the Vallée du Bras du Nord that looked very interesting.”

Seven years ago, he and Girard made the hour-long approach and attempted the climb. The line begins up an icy slope that heads to a roof, then heads left to a system of cracks and the obvious overhang. They climbed to under the roof, but had to bail and return the next day with bolts as there was no natural protection. The hot temps made climbing the upper section too dangerous, so they bailed before completing it.

“This year, the ice formation finally seemed formed enough to allow another attempt,” said Darveau. “Jeff climbed the crux first pitch. A shoulder injury prevented me from attempting the hardest moves. After joining Jeff with the help of a jumar, I led on the second pitch.” Darveau concluded with, “Thanks to Jeff for believing in my vision. And thanks to the climbers who’ve patiently allowed us to complete this project.”