South Korean expedition leader Kim Migon has reached the summit of Nanga Parbat and has completed the 8,000-metre peak list.

He reached the summit of the ninth highest mountain on July 9 with Sanu Sherpa from Nepal and Lu Chung Han from Taiwan.

It’s the first 8,000-metre summit reached this summer after a number of strong climbers called it quits on Nanga Parbat earlier this season.

This year in the Pakistan Karakoram has been a deadly one, with three climbers having lost their lives already, including Serge Dessureault from Quebec. 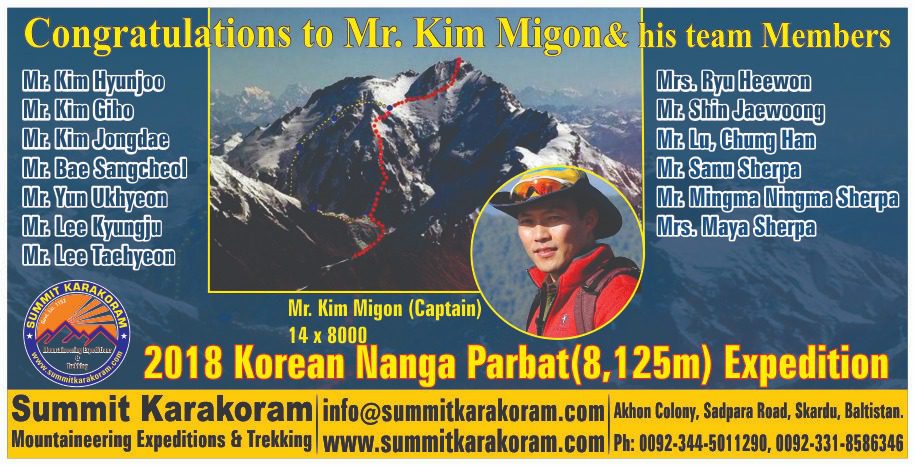