South Korean climber Kim Hong-Bin, 57, has died while descending from the summit of Broad Peak. It was his 14th 8,000-metre, the last of the famous 8,000ers list. He lost all of his fingers during a climb on Denali three decades ago.

An article in The Korea Herald titled Fingerless’ Kim Hong-bin, 1st disabled person to climb world’s 14 highest peaks, said, “After his recent success in climbing, Kim conveyed a hopeful message of encouragement for others. ‘As I could do it as a disabled person, everyone can overcome the exhausting situation of Covid-19.'”

Russian skiers on their Death Zone FreeRide tour, Anton Pugovkin and Vitaly Lazo, attempted to summit, but bailed due to weather. There were a number of rescue calls that they responded to over the past 24 hours. One of the rescue calls was from Anastasia Runova of Russia, who fell descending from the summit at night. She escaped without serious injuries and is being assisted down the mountain.

The other rescue call was from Hong-Bin’s team, of which Lazo responded. He updated his social media with the message, “Kim didn’t make it, Vitaly goes down.” Above camp three and the upper saddle is a steep glacier that has a lot of crevasses. Over the years, a number of climbers have fallen into them and many have died. Hong-Bin fell into one of these crevasses.

Hong-Bin was part of a team with Blue Sky Treks and Tours, a company that said along with Hong-Bin, these climbers reached the summit: Sofie Lenaerts, Stef Maginelle, Mr. Yousuf, Mr. Imtiyaz, Mr. Mehdi and Mr. Hussian.

Hong-Bin took part in the 2002 Paralympic Games in Salt Lake City and finished both slalom and the super-g in ninth. In winter 2017, he won, at the age of 52, the gold medal in slalom at the Korean alpine ski championships. He was the 44th climber to stand on all 14 8,000-metre peaks. 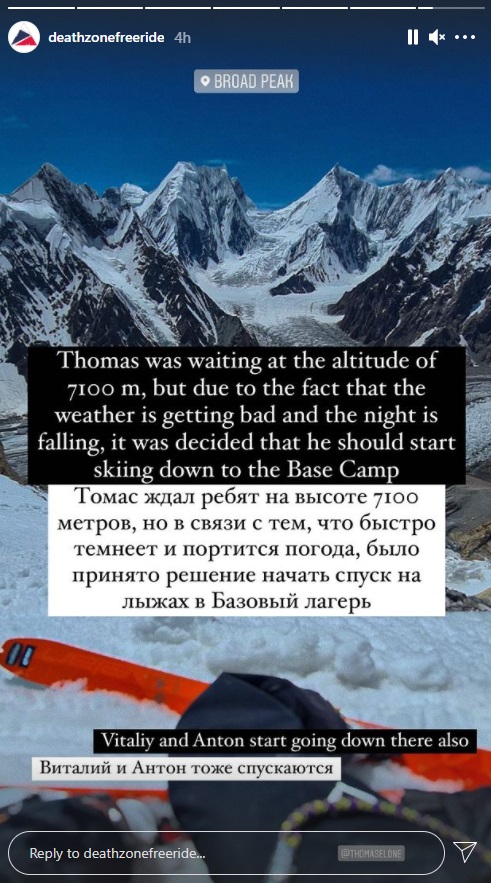 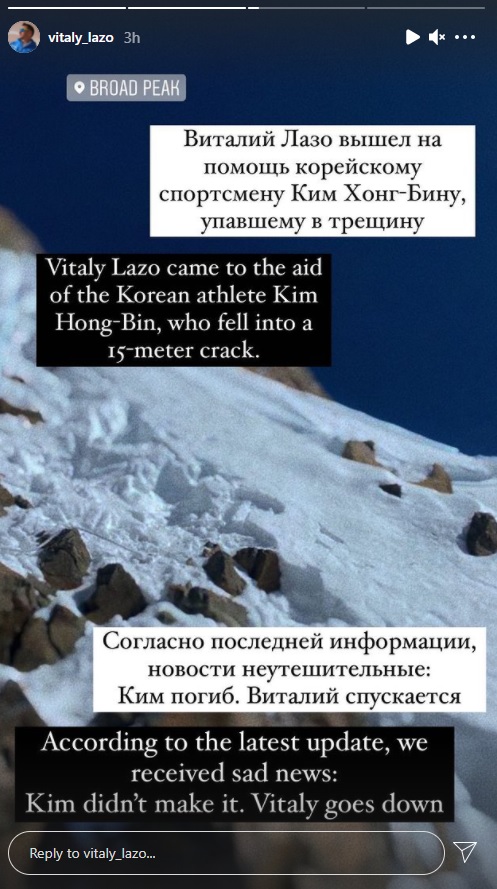