Kirstie Ennis found her limits unrestricted. While the crash would remain fixed in her prosthetic, the challenges the define above-the-knee amputation would allow a question: What is possible?

The mortality of that thought made itself present in the prospective six-month prosthetic rehabilitation period. Kirstie Ennis would shave 21 weeks off of rehab as she relearned the definition of a limit. She found herself home after three weeks. “I’m a bit of a glutton for punishment.”

Checking out her prosthetic leg from the prosthetist, the then 23-year-old would tackle the first mountain of her career. The popular tourist attraction, Old Baldy, become the retired veteran’s training ground. She would learn how to stand and balance and walk and fall and stand back up despite her new artificial left leg. She determined that it would become her passport back to life. Ennis felt hungry.

Falling in with snowboarding, the hardline athlete grit her teeth and became a Paralympian one-and-a-half years after her injury. In that time, she would complete her Masters in Human Behaviour. She became the National Champion and fifth in the world. Eventually, the medals stopped having meaning. At the end of the day, it was all going to go away.”

While Ennis maintained her love for snowboarding recreationally, her interests shifted from the gravity propelled snow-sport to mountaineering. She found what she was missing. She found a way to leave a legacy.

As an athlete at the top of her field, Ennis became intimately associated with the problems of the prosthetic industry and the trauma of those who lose limbs in the line of service. She became all too familiar with the needs of amputees and became motivated to propel both their physical and mental recoveries. Ennis sought to motivate people from all walks of life.

This path would take her across countries and through prosthetic development. Although she valued that which her prosthetists and health professionals did for her, she mentioned that it took time for the industry to develop. 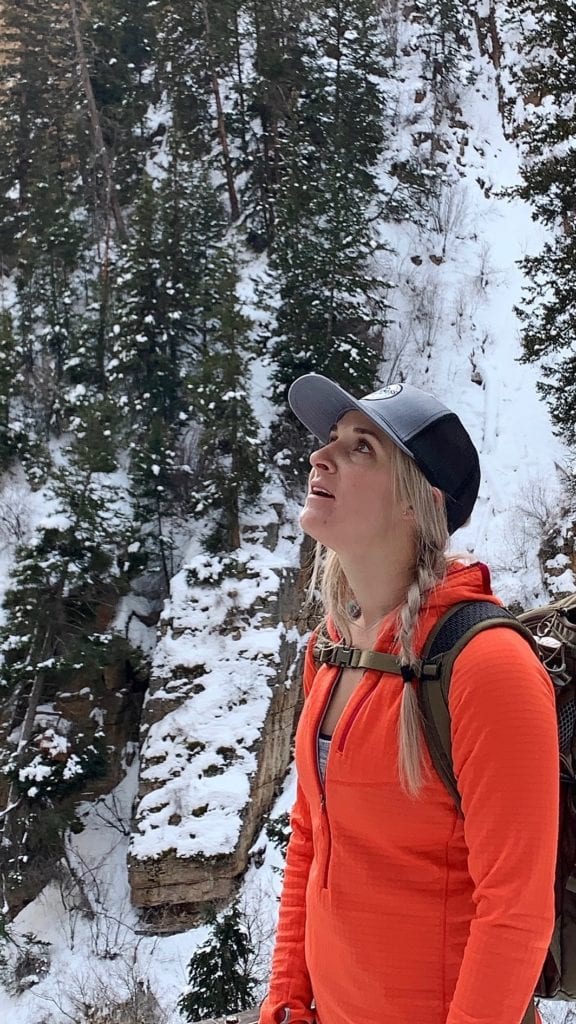 “I don’t want to dog on it too much because I am very grateful for the things that I have,” Ennis explained, “but it took 10 years of a war, and for very young people to start losing limbs, for there to be any kind of advancements. Now these advancements are so expensive and so unattainable for the public that I thank God every day that I got hurt in Afghanistan because I have buddies that raced in snowboarding that can’t even afford a basic necessity.”

To Ennis, mobility is a right. The fact that it bears the cost of a privilege strikes her as an injustice. As such, she began the Kirstie Ennis foundation. Her foundation came into existence to ensure that the funds would go directly to those that need them. This charitable act would become a staple of the young American and her expeditions.

Although Ennis does recognize that she benefits greatly from the self-centred sport that is climbing, she also finds peace in that she can support important causes through something that she loves. With many of her expeditions, the mountaineer chooses to support both an organization located in the United States and an organization in the country she visits.

The climbs themselves serve to raise awareness for her foundation where she then donates directly to further organizations. Her hope is to partner with those, like Merging Vets & Players (MVP), that might better support amputees and veterans in need.

With goals of completing all Seven Summits, Ennis has taken aim at Denali, the tallest mountain in all of North America. In 2018, she would begin her first attempt up the challenging climb. Finding bad weather and bad luck at 14,000 feet, the peak began to seem further and further away. The summit, in total, reaches a height of 20,310 feet, but after 17 days locked under unfavourable conditions, their progression seemed doubtful.

As teams above them turned back, Ennis would pick up supplies from the retreating expeditions. Taking full advantage of a small weather window, Ennis and her team pushed up the mountain. At their closest, there were only 2000 feet left to go. With less than half a vertical mile between her and the summit, Ennis could taste victory. Still she would have to retreat.

Kicking stones and calming otherwise explicit language, Ennis and her team would join the other expeditions down the mountain. “You wouldn’t be able to live with yourself if something happened to somebody on your team. After I took that quick five minutes, I told myself that I was one of the lucky ones. I left a piece of my heart in the mountains and I had to go back for it.”

Years passing, Ennis geared up for her redemption round in 2020 before the pandemic pushed the expedition back yet another year. Despite the complications, her focus has lasered in on the summit. This time, Ennis has decided to remove almost all chance of failure.

Forgoing that which does not explicitly fit her summit-focused goal, Ennis features a prosthetic that she designed with her buddies. It comes complete with crampon feet and glacier-travel feet to negotiate the difficult terrain. She also teamed up with Colby Coons, owner of the Alaskan Mountaineering School to pick out a unique line that better suits her abilities.

While some mountaineers may prefer a less steep and snowier approach, Ennis prefers the terrain hard, steep, and packed. The harder packed the terrain, the better she can trust her prosthetic. “What doesn’t make sense for anyone else out there makes sense for me. Normally, when you’re out there you have to do something that’s called double carry. You carry your 50-pound pack up and come back down for your 50-pound sled. It’s exhausting, and it’s ridiculous if you have one leg. We’re only going one way this time, and it’s up.”

Ennis and her team will set four extra camps to off-set this effort, each building directly to the summit. Part of the reason for this expedited approach comes from the other challenges that come from having a prosthetic. Ennis mentioned that she runs hot. She burns twice as many calories as the normal person in day-to-day living. Multiply that by a factor of mountaineering’s energy expenditure and Ennis has her pockets packed with Unbreakable protein powder just to stay fuelled for the next push.

The athlete said she has to eat every 15 minutes. That becomes a challenge as she has a small build for a mountaineer.

While Kirstie credits much of her success to the work of those at MVP and Unbreakable, she also feels the support of those that could not make it home from overseas. “I would like to get out there that we lost a lot of people, but they did not die in vain. We’re still celebrating people and through programs like MVP, we can give back and we can keep a lot of our heroes alive and here with us today.”

This central message permeates Ennis’s work and stands as a testament to those that gave everything. For Ennis, supporting those that returned provides continued motivation to go out and push progress for amputees and veterans. It pushes her to return to Denali. 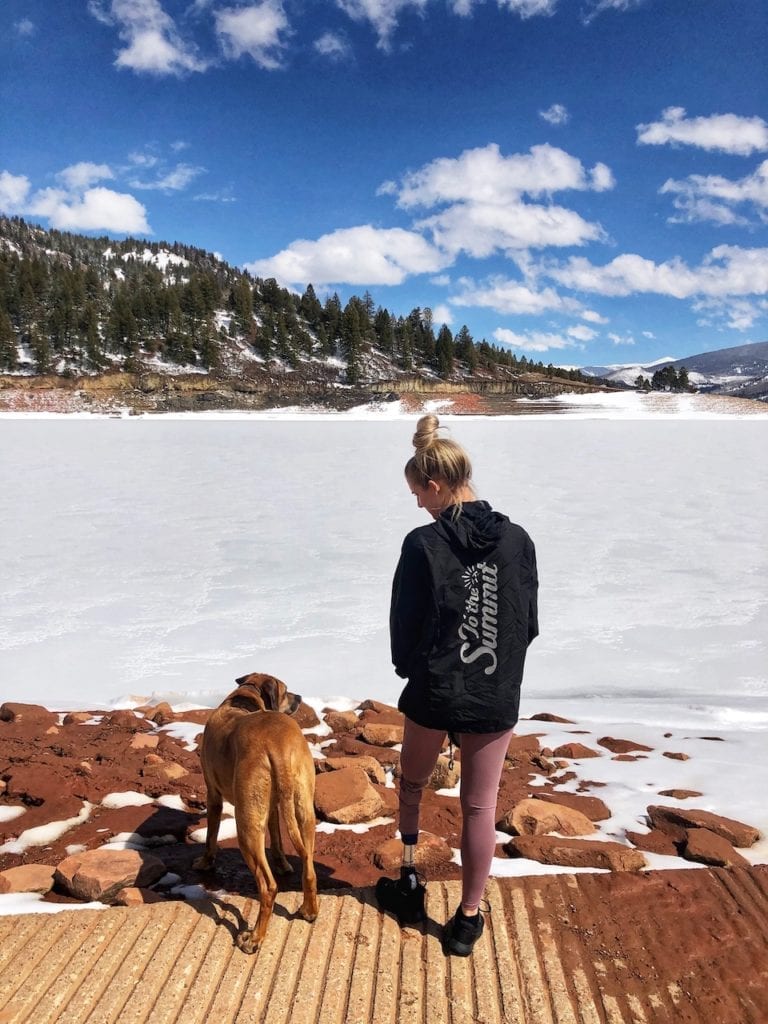