In January of 1977, two employees of Yosemite’s Ahwahnee Hotel went for a snowshoe. The park was in the middle of one of its worst droughts in a hundred years, so they could hike further than usual. That day, they were able to reach all the way up to the Lower Merced Pass Lake, where they made a terrifying discovery.

Laying nose first in the lake was a crashed Howard 500, a twin-jet aircraft with a missing wing. The crashed plane had laid there for a month, along with occupants of the plane – a pilot, a passenger and 6,000 pounds of Mexican marijuana.

The hikers reported the crash to authorities and soon enough, the park was filled with law enforcement. Authorities recovered 2,000 pounds of half-frozen marijuana in burlap bags scattered around the lake. They hauled the bags down the hill and stuck them in one of their small jail cells. But the plane was carrying much more than that.

Over the next month, the lake froze over, creating a cold, underwater bath of leaked oil and scrap metal. Authorities brought in the best in the business to dive into the water and hopefully recover the bodies and grab any marijuana still in the fuselage. But the conditions made it much too difficult, and with a massive storm approaching, they decided to wait until early-spring to finish the recovery mission. They wouldn’t return to the site for another three months.

Word reached the climbers in Yosemite, and they spent the following months turning Lower Merced Pass Lake into the legendary Dope Lake. They would make the arduous hike up to Lower Merced Pass Lake, where they would take axes to the frozen sheet of ice to recover as much marijuana they could hike down the mountain. Factions were beginning to congregate around the cold lake, with busy workers constantly in search of their next bag. Some were said to have made up to $20,000 from their findings, the equivalent to $125,000 today.

“We underestimated the entrepreneurial spirit of certain members of the community,” said Yosemite Park Ranger Tim Setnicka to The Men’s Journal.

Earlier this week, we reported about a climber finding a box of jewels from a 1960s plane crash on Mont Blanc, read that story here.

Reel Rock offers limited “I Got Mine” T-Shirts

Reel Rock has partnered with Jung Maven, “who makes the best hemp shirts on earth,” to launch a limited run of an updated version of the iconic “I Got Mine” T-shirt. A portion of each purchase will go to the non-profit Yosemite Climbing Association, which is responsible for Yosemite’s annual Yosemite Facelift cleanup event and the new Yosemite Climbing Museum. But the T-shirt here. 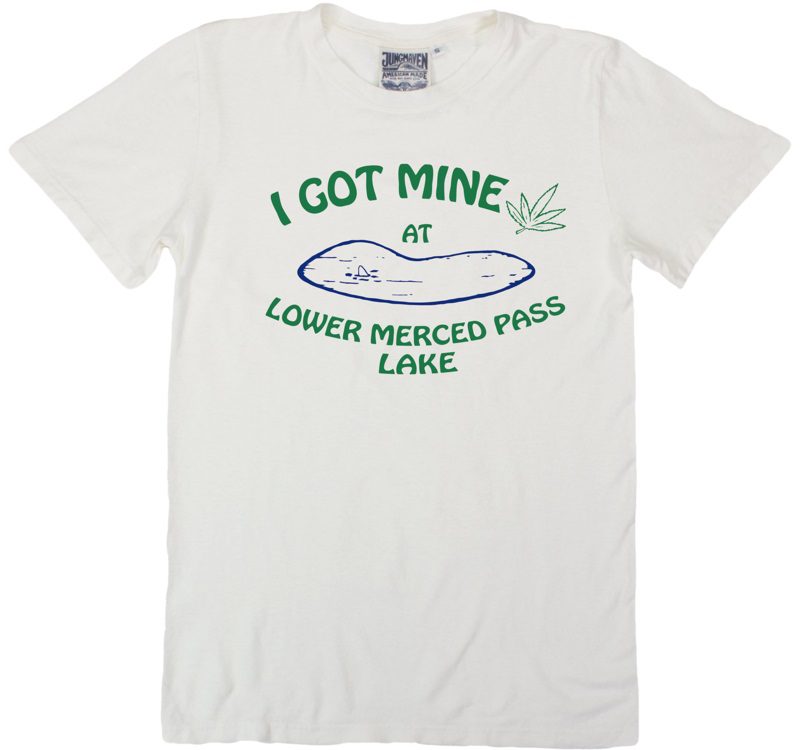