The producers of the upcoming documentary Dirtbag: The Legend of Fred Beckey released a 10-minute extended trailer for the film during a sold-out Kickstarter launch party at The Mountaineers Program Center. Fred Beckey, the 93-year-old mountaineering icon and subject of the documentary, gave a slideshow presentation showcasing some of his landmark expeditions and first ascents. Beckey joined director Dave O’Leske and the producers on stage in front of an enthusiastic 500-person capacity crowd. The team unveiled a new extended trailer and movie poster before launching a $75,000 Kickstarter crowdfunding campaign to help pay for finishing costs. Beckey closed out the night with his presentation as the enraptured audience caught a rare glimpse of this living legend.

The Kickstarter campaign received more than $10,000 in pledges during the first 12 hours, with all funds assigned to cover specific post-production and finishing expenses. O’Leske has been working on the film with Beckey for more than a decade, and if the $75,000 Kickstarter fundraising goal is achieved, the team will be on track to premiere this highly-anticipated feature documentary in early 2017. Kickstarter is an all-or-nothing crowdfunding platform, so the filmmakers will not receive any of these post-production funds if they do not reach the goal by Aug. 25. To help the film reach the screens, visit the Kickstarter page here.

Fred Beckey is a true American pioneer, with an unparalleled list of alpine accomplishments under his belt over the past century. Known for an uncompromising dedication to the mountains with his record string of first ascents and groundbreaking new routes, Fred Beckey has achieved mythical status in mountaineering circles. He carries a polarizing reputation as a hero and a rebel, his name evoking simultaneous worship and vitriol. Despite his controversial nature, Beckey’s scholarly writings reveal a greater depth to this man, captured in more than a dozen published books that continue to inspire new generations of climbers and environmentalists. Now at age 93, after a lifetime of rejecting societal norms in his single-minded quest for peaks, Beckey is ready to tell his story for the first time. 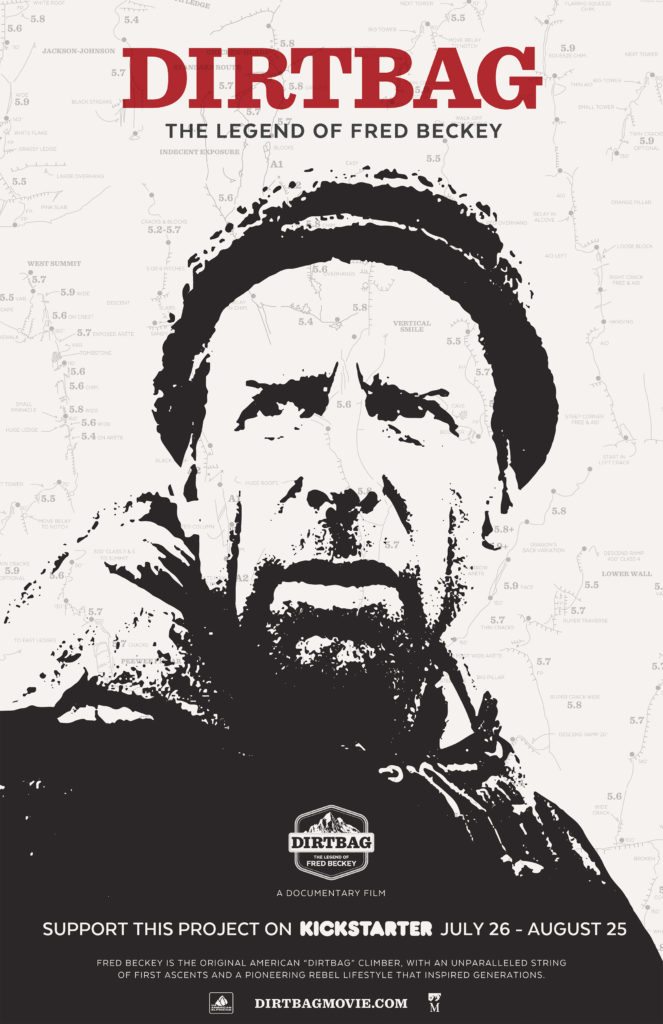 Colorado-based documentary director Dave O’Leske spent the past decade filming Fred Beckey with unprecedented access, getting to know the mysterious man in the mountains of China, across North America and in his Pacific Northwest home. O’Leske filmed hundreds of hours of new footage while gathering a wealth of exclusive materials from the Fred Beckey Archives, including thousands of Beckey’s personal photos, films, hand-written journals and route maps dating back to the 1930s. More than 30 additional interviews with some of the world’s greatest climbers-including Yvon Chouinard, Layton Kor, Conrad Anker, Royal Robbins, Colin Haley, Reinhold Messner and Jim Whittaker-attest to Beckey’s iconic impact on the sport.

In 2016, O’Leske partnered with a crew of award-winning Seattle filmmakers–producers Jason Reid, Andy McDonough and Colin Plank, editor Darren Lund, co-producer Adam Brown and co-executive producer Colin Baxter–whose collective past credits include the hit climbing documentary K2: Siren of the Himalayas (2012), the Webby Award-winning Sonicsgate: Requiem for a Team (2009), the Emmy® Award-winning Man Zou: Beijing to Shanghai (2010) and the narrative drama Eden (2013), which won Audience Awards for Best Narrative at SXSW and the Milan International Film Festival. To help the film reach the screens, visit the Kickstarter page here.