The 2022 Banff Centre Mountain Film and Book Festival is taking place this week in the town of Banff. One day of the festival is dedicated to book readings from authors and award announcements.

The list of book finalists was shared back in September, but the awards were announced last night. The grand prize went to Native Air by Jonathan Howland, which was published by Green Writers Press. The book was a finalist in the Mountain Fiction & Poetry category.

“I think of a classic climb as one where, after topping out, I immediately want to climb it again,” said Claire Cameron of the book jury. “I’ve read this novel, a story about two best friends who are also climbing partners, twice so far. The first time I became lost in the complexity of the relationships, the heartbreak, the full love, and the bid for repair. The second time I read it for the technical precision, the tension of incomplete ambitions, and the unbearably elegant structure. This novel is a classic. It will be read and loved again and again.”

Native Air: Howland’s soul-searching debut novel shows what a climber’s life is like. In the 1980s, Joe Holland and Pete Hunter are kindred spirits whose relationship is fascinating and complex, almost like a marriage. Together, they face the stress of climbing hundreds of feet into the air with the potential of meeting their deaths. Theirs is a partnership that people—even Pete’s love interest, Nor, whose presence upsets the complicated balance of the men’s relationship—envy. Then Joe decides to attend seminary; he leaves before tragedy strikes. Years later, Joe is jolted out of his ill-fitting clerical calling by a letter from Pete’s son asking to join in on another adventure. Before going, he remembers the events of his and Pete’s ten-year climbing career across the US Southwest. Though grief tinges these memories, they’re also laced with wonder over life in the mountains and the requirements of his former bohemian lifestyle. Then, scaling a cliff meant going into the unknown, and climbers were rare beings on the hunt for the next great challenge. He and Pete were trailblazers, crafting routes for others to follow. Written with poetic grace, the novel turns its complex climbing terminology, with terms like arete, nut, and cam, into beats that propel the pair onward and upwards. And Joe’s eventual return to the West portends a spiritual crisis: “faith is a many-legged structure. Doubt is molten. Until it’s not.” His doubts, he declares, had “hardened all at once into some dense, cutting crystalline form.” His return to climbing leads to self-discovery and surprises from the past.

After receiving the award, Howard said: “Grateful for so many things – this recognition from the Banff Festival, with particular thanks to Natalie, Claire, and Chris, the jury, grateful for the support and the suspension of disbelief from my partner/spouse Courtney, my mother (and original literary inspiration) Mary, and other loved ones, for climbing partners and friends who provided the antecedents for what became Native Air, and for writers and teachers and students who inspired me literarily and otherwise. Thank you Mayor Corrie — for presenting this, and you Banffians, for supporting. Huge thanks to Dede Cummings, publisher of Green Writers Press, and to Rose Alexandre-Leach, the great editor who worked with me there. Lots to say about climbing and writing as companionable or mirroring activities. For one thing, though both have many adherents, our communities, or at least my experience of them, is diffuse. We practice our craft without an audience, without expectation of recognition, much less remuneration. We work hard to resist summit fever, but rather try to commit as best we can to stay in the moment and in the process, however foolhardy, strenuous, and/or tedious. We endure and even revel in the uncertainty – the delicate and often frightening edge between consummating a move and taking the plunge, on the one hand, and between electric expression and prosaic choss, on the other.” 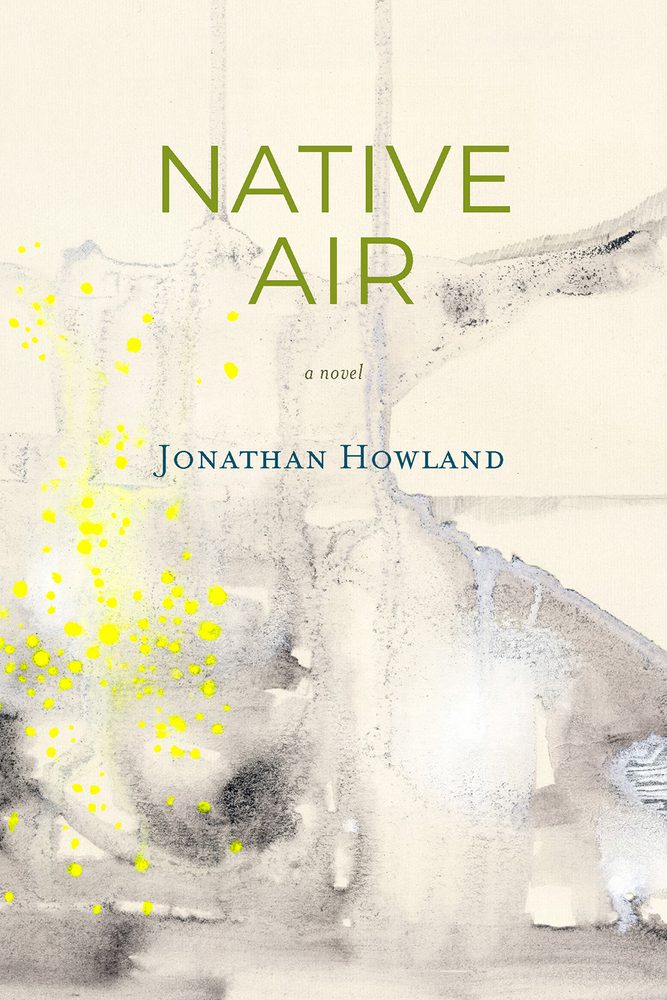