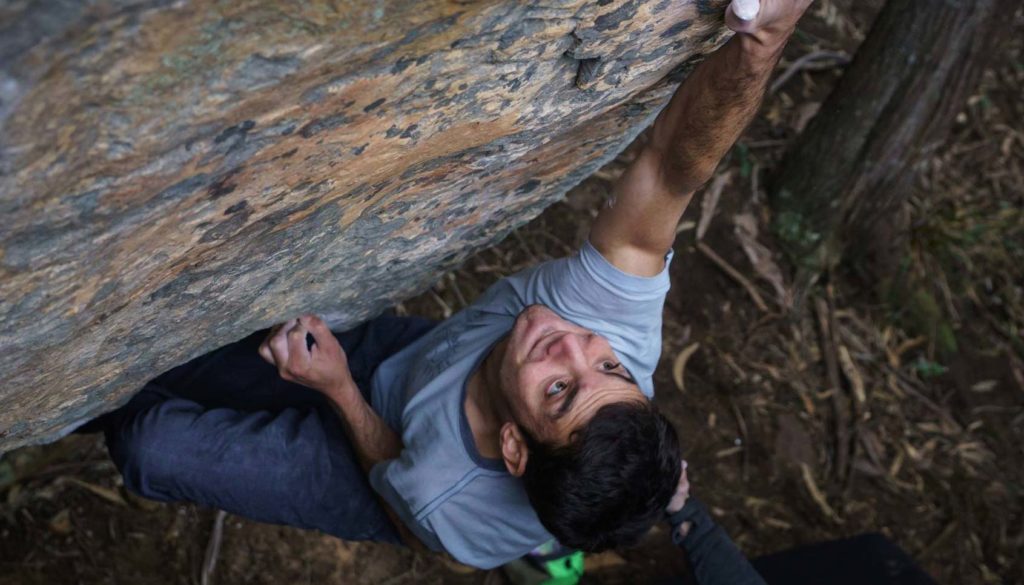 Late last summer, Paul Robinson worked with Friction Labs and Nathaniel Davison on a day in the life piece.

“It is always fun to work with other creatives and see how they envision a piece,” said Robinson.

“I am travelling the world for the next few months climbing and filming but I am already excited to return home for some alpine bouldering in the late Colorado Summer.”

In this video, Robinson sends The Shining V13 and Lonely Mountain V10.

Robinson has established and repeated some of the world’s hardest problems in areas such as Hueco Tanks, the Buttermilks and Magic Wood.

In 2007, Robinson became the second climber in history to successfully flash a V13.

In 2010, Robinson claimed the first ascent of Lucid Dreaming, a highball bouldering problem in the Buttermilks near Bishop.

He originally proposed a grade of V16, the highest bouldering grade that had yet been given, but he later suggested Lucid Dreaming might be a V15.