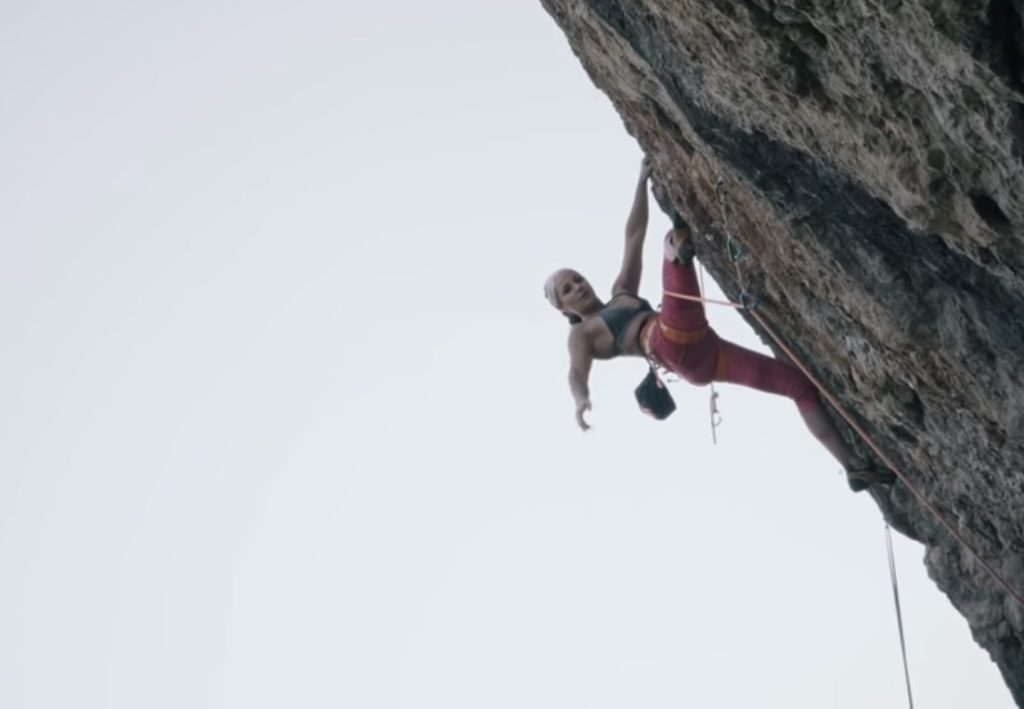 Watch Sasha DiGiulian, 25, climb American Hustle 5.14b at Oliana below.

The steep 50-metre limestone route was first climbed in 2014 by Sam Elias.

She is a three-time US National Champion and was the first North American woman to climb 5.14d.